About the Original Edition 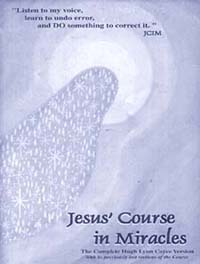 In November 2006 the initial printing of A Course in Miracles ~ Original Edition, containing the Text, Workbook for Students, and Manual for Teachers, was released. The 2006 Printing corrected numerous typographic errors, misspellings, and aberrant punctuation that had appeared in the original 1972 manuscript and which were reproduced in the Jesus' Course in Miracles edition. 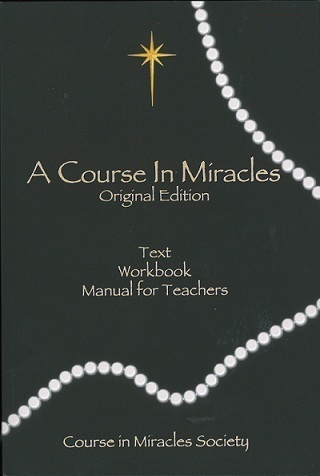 There was a second printing in 2009 which continued the process of correcting errors in the manuscript. In this undertaking, the editors for the first time looked back to earlier manuscripts and restored material that appeared to have been inadvertently or mistakenly omitted in retyping. This process of restoration has continued through the 2012, 2017, and 2018 Printings, adhering always to the fundamental directive, "fidelity to Source."

In its continuing evolution, this Original Edition faithfully reproduces the original transcript of the book that was the result of the collaboration between Schucman and Thetford, whom many believe were involved with each other in the “holy relationship” described in Chapters 17 through 22 of the Text.

This edition preserves the original language of the dictation of those chapters, which were addressed to the two collaborators as they worked together to produce the manuscript. Later editing of the manuscript changed the focus of these important chapters and addresses them to a solitary reader, removing the mutuality that is explicit in the original dictation.

When encountering Schucman and Thetford’s Original Edition, students often find fresh clarity as they read its wording or new understanding as they encounter passages that were not included in the later 1975 edition. In the case of editing, it seems to us that the “less-is-best” rule applies—the less tampering with the eloquent and carefully worded dictation that Schucman received, the better. Also, much of the dictation came through in iambic pentameter—a particular literary cadence—and was beautifully preserved in this edition.